The Wizard of Oz, a movie made in 1939 and based on the 1900 novel by L.Frank Baum, had its most well-known adaptation in the version starring Judy Garland as Dorothy Gale, often lauded for its use of fantasy storytelling, music and unique characters. It was a classic movie well remembered for its Wizard of Oz shoes that Dorothy wore. Of course, other objects and cast that were as famous include the wicked witches of the east and west, Glinda the Good Witch of the North, the Munchkins and Winged Monkey, the Wizard himself, and the yellow brick road.

There are many rare vintage memorabilia of the Wizard of Oz or its movie and book, but some really sought after ones include early games based on the novel such as the 1921 Parker Brothers Wizard of Oz game, the 1939 Scarecrow Doll by the Ideal Toy Company, 1939 Wizard of Oz soap figures, collectibles from the 1902 Broadway musical, autographs of Frank Baum, advertisements in the early 1900s like the 1929 Wizard of Oz poster advertising the American Seating Company chairs using the characters, and vinyl records of the musical and film soundtrack. The list goes on, but over the years, these memorabilia has gained a lot of traction, especially after the 50th anniversary of the film, though there are still some aspects of the novel, movie or collectibles that you may not have known, and here we have listed the top 7:

1. The Secret Behind Dorothy’s Wizard of Oz Shoes

Created by Gilbert Adrian, the chief costume designer of MGM, the shoes were given to Dorothy by Glinda, the Good Witch of the North. However, the shoes were originally silver in colour in the 1900 book version, and Gilbert changed it to a sparkling ruby red colour to make it stand out in the movie.

It was said that 6 or 7 pairs of ruby slippers were created for Judy Garland to wear in the movie, but only 5 were known to survive, fetching increasingly high prices at auctions, selling from between $15,000 to as high as $2 to 3 million.

So famous and historical was the shoes that today, they are placed in the famous Washington, DC Smithsonian National Museum of America History, as it was donated anonymously to the museum in 1979. Read more about the famous shoes here.

2. Other Rare Wizard of Oz Memorabilia

Other Wizard of Oz movie memorabilia were also very rare and sought after. Judy Garland’s iconic blue cotton pinafore reaped $119,300 at an auction in 2011, the Wicked Witch’s hat sold for $200,000 in 2010, the Cowardly Lion’s paw sold for $25,850 in 2000 and the horse drawn carriage that carries Dorothy and her friends into the Emerald City sold for $40,250 in 1995. Also hot on the list were props and accessories such as Winkie guard spears and Munchkin costumes.

3. The Continued Popularity of Wizard of Oz Memorabilia and Barbie Dolls for Collectors

Released in 1995 by Mattel Toys, the creator of the Barbie doll series, the first edition of the Wizard of Oz memorabilia – the Barbie Dolls series, were immensely popular and has been ever since. However, a few years later sales began to decline, and Mattel discontinued the dolls, though they continues to be popular among collectors and fans who love the movie. More recently, Mattel re-released a limited series of the most popular characters such as Dorothy, Glinda the Good Witch of the North, the Wicked Witch of the West and the Wizard, in celebration of the movie’s 75th anniversary, with each doll sculpted in vinyl in his or her character’s movie likeness. Collectors went crazy, snapping them off the shelves. Also hot in the stores were Wizard of Oz watches, audios, and videos.

4. The Tin Man of Wizard of Oz – A Serious Allergy

The character that I loved the most in the Wizard of Oz was the Tin Man. Tin Woodman is a fictional character invented by author L.Frank Baum, who got his inspiration from the many men made out of various tin pieces and were used in advertising and political cartoons in the late 19th century in America.

In the film version, Buddy Ebsen was supposed to be the Scarecrow, but as Ray Bolger, who was cast as the Tin Man, really wanted to be the Scarecrow, Ebsen was switched to play the Tin Man. But after recording all the songs, rehearsed, and even began filming, Ebsen began to experience discomfort and a lack of oxygen because of an allergic reaction to aluminum dust used in the Tin Man’s makeup. It became so serious that he had to be replaced by Jack Haley, but by then, the makeup was changed to a much safer aluminum paste compound.

In most memorabilia, the Tin Man was always dressed in his trademark silvery suit with a woodsman’s axe and an oil can.

Another fictional character in the Wizard of Oz, the Cowardly Lion in an African lion swho believes that his fear makes him inadequate, though he does not understand that courage means acting in the face of fear, which he does ever so often. Only once when he was given an unknown liquid to drink by the Wizard is he not filled with fear, but then he though that this was only temporary.

In the 1939 movie, the costume of the Cowardly Lion was worn by actor Bert Lahr, and it was created from real lion hides and weighs almost 60 pounds. Lahr would sweltered from the heat inside and could only wear the costume for a short while before he had to remove it to breathe and rest.

This costume was bought by a mysterious buyer for close to $3 million, more than 3 times of what the costume was expected to fetch. It was said that there was also an auction for a secondary costume that was suspected to have been used in the film and worn by a stuntman on set, for close to $1 million.

6. The Madness Behind the Munchkins

The natives of the fictional Munchkin Country in the Wizard of Oz book and movies, the Munchkins only wear shades of blue clothing, as blue is their favourite colour, and the colour that officially represents the eastern quadrant in the Land of Oz. The Munchkins are no taller than Dorothy, who was described as no older than 12 years old.

However, in the 1939 movie, the Munchkins lived in a country called Munchkinland, and they wore colourful garments and not the blue coloured attire as documented in the book. Most interestingly, there were strange stories on what went on during the filming of the movie – the real-life Munchkins, who took home as much as $300 to $800 per week, loved to party, and there were stories of drunken love fests and tales of an “unholy assembly of pimps, hookers and gamblers” from the Culver Hotel that they were staying in during their filming. Police were said to be called in on every floor of the hotel once. Even Judy Garland could not stand their antics.

But the most well known was the myth of the hanging Munchkin who committed suicide on the movie set. This “suicide” scene happened at the end of the Tin Woodsman scene as Dorothy, the Scarecrow and the Tin Man went to Emerald City. In the centre of the shot, just above the characters, a Munchkin was seen hanging from a tree. Whether this was real or not was left pretty much to the audience’s imaginations.

According to JustCollecting.com, original movie posters and lobby cards of Wizard of Oz are very rare, and good ones in mint conditions can sell for thousands or tens of thousands of dollars at auctions. Wizard of Oz memorabilia such as lobby cards were also rare and much sought after. However, many reproduced Wizard of Oz movie posters were made in the 1960s, so do not mistake them for the originals, though they might be a collector’s item too, over time, and even more so if they have been autographed by the film cast, especially Judy Garland.

Vintage furniture lover, especially loves to piece together antique beauties such as gas pumps or sewing machines and blend them seamlessly into your home. Loves to talk, walk the dog and hang around garage sales all the time. Drop her a mail at [email protected] if you want to connect. 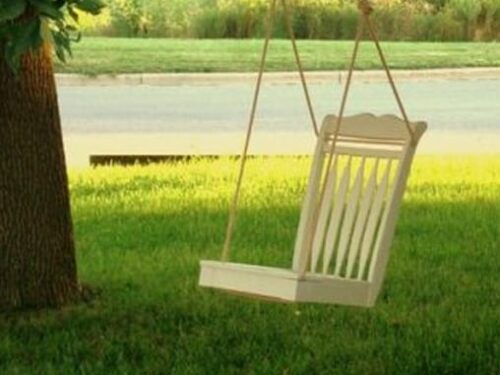 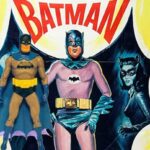 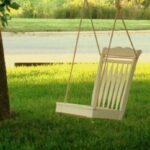