Warning: Use of undefined constant REQUEST_URI - assumed 'REQUEST_URI' (this will throw an Error in a future version of PHP) in /home/bei/public_html/vxotic.com/wp-content/themes/ciyashop-child/functions.php on line 73
 14 Interesting Facts About Antique Tea Cups from China - Vxotic - Vintage Home Decor | Furniture | Collectibles | Art

For many centuries now, drinking tea has been an important part of Chinese culture. The practice of drinking tea originated in China and tea is regarded to be one of the seven necessities of Chinese life, others being, soy sauce, rice, salt, vinegar, oil and firewood. It goes without saying that tea time is incomplete without teaware, this was more so important to the Chinese.

Chinese tea culture is how tea is prepared, plus the occasions when people consume and enjoy tea. Tea culture in China differs vastly from that in countries such as Britain, Japan, Korea or Vietnam in the way of preparation, taste and the occasion and event when it is consumed. Tea in China is sometimes used in traditional Chinese medicine and Chinese cuisine, besides being consumed both on casual and formal occasions and events. And when consuming tea, the Chinese are especially particular about their tea cups, with most preferring to have their tea using only antique tea cups from China because some actually thinks that it enhances the flavour of their tea.

Listed below are some interesting facts about antique tea cups from China you probably never knew before.

(1) Teacups have been in use, in China, since 220 AD. Tea has been China’s national drink since time immemorial.

(2) Antique Chinese teacups are small. Being low and shallow, they are able to hold no more than 30ml of tea. When it comes to tea, the Chinese place more value on quality than on quantity.

(3) The origin of teacups can be traced back to China, the first Chinese teacups were made out of porcelain, had no handles and were called tea bowls.

(5) Chinese teacups were ideally meant to be used with Gaiwan teapots (made up of a bowl, a saucer and a lid) and Yi Xing clay teapots. Gaiwan and Yixing teapots were and are still used for brewing tea.

(6) During tea drinking ceremonies, when tea was being poured in China, guests would tap two or three fingers on the table, three times, to show appreciation to the tea server.

(7) Marital therapist, Andrew G. Marshall says stopping in the middle of love-making to drink tea and talk, allows time for intimacy. Sex which used to last for fifteen minutes can now last an hour and a half. This could be a perfect time to pull out your special antique tea cups from China.

(8) China is the world’s largest tea producing country. Tea was discovered in 2737 B.C by a Chinese emperor, Shen- Nung, when tea leaves blew into his boiling water .

(10) The most expensive antique Chinese teacup is the 500 year old Ming Dynasty Chicken Cup. It is the ‘holy grail’ of Chinese porcelain, only 19 of them exist and it is worth $36.3 million dollars.

(11) Funny but true, antique Chinese tea cups with ‘Made in China’ markings are fake. A truly genuine antique tea cup exported from China will have a government seal, colored red, on the bottom of the cup.

(12) In the third century A.D, tea leaves were pressed into bricks, these bricks or cakes would be put into tea bowls and hot water would be poured over it. This was before the invention of tea pots for brewing tea.

(13) Europeans referred to many porcelain wares as simply ”china”, because up till the 18th century, China was the only country making porcelain.

(14) Antique tea cups from China and other paraphernalia are best stored away from sunlight. Continuous exposure of your teacups to direct sunlight can lead to its discoloration. 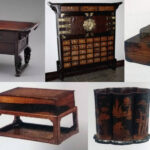 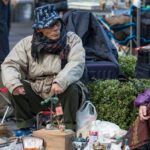