A to Z of the Collectible Rock-Ola Jukebox

Jukeboxes were essential sources of entertainment in public places especially teenager hangouts in the 1950s and 1960s. These mechanical devices were colourful works of art with lots of flashy lights, chrome and glass and allowed people to view the spinning and whirring of machines as they hear their favorite music.

Today, some of the classic yesteryear models of Wurlitzer, Seeburg, Ami and Rock Ola still command highest value among collectors. There is nothing to replace the deep bass quality music emanating from a large cabinet created by valves. Among all these, it was however, David Rockola who attained a near impossible feat by introducing a series of classic jukeboxes based on sophisticated technology and expert craftsmanship. Let us see how the collectible Rock-Ola jukebox came to be the number one in the industry.

Rock-Ola was a late entrant in the jukebox industry; however, the company overcame stiff competition to become one of the forerunners in the field. This was made possible through the perseverance, intelligence and sheer hard work on the part of the owner, David Rockola. In fact, his competitors had lined up to buy him out of the business but Rockola persevered and politely declined their offer and went on to devise some of the most popular models of jukeboxes in line with the tastes of the teenage crowd of those times.

Unusualness of the Telephone Jukebox

Rock-Ola jukeboxes superseded competition in the arena of the ‘Telephone Jukebox’. A central station was a base for a network of about fifty jukeboxes. Pleasant voiced ladies would interact with the customer and play his song request through a telephone line connection to the box. Though the selection was limited to the library of songs at the central station, this became a hit with the public at that time.

Another area in which the collectible Rock-Ola jukebox did brisk business was in the remote control wall unit models. His models, ‘Commando’ and ‘Spectravox’ were designed specifically to be used with the remote wall units. By 1960s, Seeburg became the market leader in the jukebox industry closely followed by Rock-Ola models.

But, technological expertise enabled the collectible Rock-Ola jukebox to attain the first market slot with their highly popular cabinet series of ‘Comet’, ‘Rocket’ and ‘Tempo’ which became a rage among the teenage population. The most attractive features of these models were the pseudo Cadillac ‘V’ grille and curved glass ‘nose cones’ appearing in front of the ‘Tempo’.

Rock-Ola was able to capture the top slot and create a niche for the collectible Rock-Ola jukebox due to their extraordinary artistic and technological innovations. Unique and interesting designs were brought out, more so, in the field of high fidelity sound. Upward pointing speakers were used by the ‘Commando’ and ‘Spectravox’ models to dispense sound across the room.

Some models belonging to the collectible Rock-Ola jukebox collection which are of historical interest are listed below:

1413 Premier (1942): This looked somewhat similar to a prop from a sci-fi movie. A distinct bluish-green shimmering ‘eye globe’ characterized the lower-mid section of its gill-like grille.

1438 Comet (1954): This model had a unique style of its own which was enjoyable to a large section of people. It was the first of the PM record machines which was presented exclusively as 45 rpm only. About 60 records of 45 rpm could be played. The features included a curved glass and a square animated title bar and provided four rotations for making the entire selection. It however, had a single button to make the selections as against the regular two of the later machines. It resembled a lot to the Seeburg M100C (Pilasters).

1448-1458 ( 1956-58): These models were considered the ‘Rock-n-Roll ‘ series and were released much around the same time when Elvis Presley became a leading figure of rock and roll after a series of chart-topping records.

Princess (1962): This was a comprehensive term coined to include several models which differed in large measures from one another. This is the most desirable model of the whole lot in today’s times because of its compactness. One of the most popular models in this category had a visible mechanism which was a must have feature for all home jukebox owners.

These were popularly supposed to be compact but in reality were much about the same size of the other jukeboxes. They had the typical flashy look of the American fifties with lots of glass, chrome and light. A colourful plastic ‘dress-cap’ engulfed the clearly visible play-deck. Each model had a different style, colour and shape of the dress-cap. The upper part of the cabinet was completely lined on the insides with gold or silver foil or partially lined if vibrantly colored plastic was used as in the model 1458.

Shaped plastic caps were used for the first time on the 1455 model to partially block out the record magazine and the 1458 model had further embellishments in the form of self-covered ‘aqua’ plastic. The various models were largely distinguishable from one another due to variations on the speaker grill.

A ‘waffle glass’ pattern existed on the 1448 model while the 1454 model substituted this with two sturdy metal grids also including the famed Rock-Ola shield attached to the grill. The 1455 model had a very open flat mesh grill with an arrangement of nine gold rings. However, the more cumbersome button bank casting gave this model a heavier look. This was done away with in the 1458 variety which had a chrome front casting and a better finish.

The sound quality of all models was more or less the same, a little compressed tone range with lots of volume; just superb for the beats of the fifties. The model 1458 received ‘star’ treatment when it was featured in the cult Rock ‘n’ Roll movie, ‘Hot Rod Gang’ which had some superb performances by Gene and the Blue Caps. Another model, the 1455 has also been dubbed as the Chuck Berry Rock-Ola as it appeared on the cover page of the classic, ‘New Juke Box Hits’ by Chuck Berry.

Kalden Rose, the nerdy student which always emerges top in the school. The kind that would rather be burying his nose in a bunch of books than playing a game of football. But he does like to visit garage sales. If you do too, connect with him at kalden@vxotic.com. 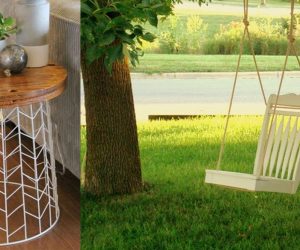 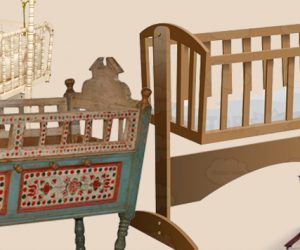 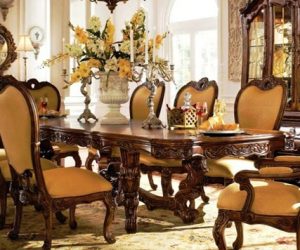